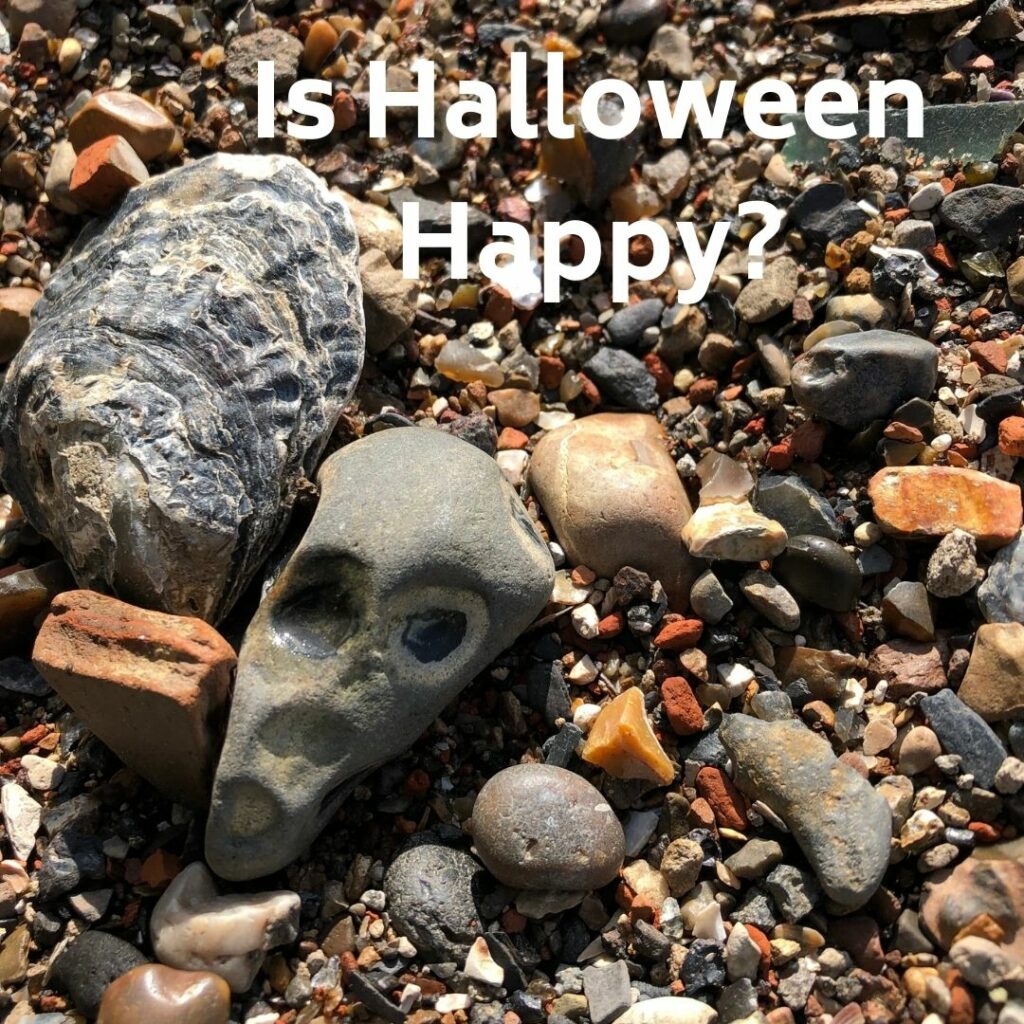 It is a sad reflection on Christendom that people think that Bible believers are killjoys. I was asked this week “So I suppose you are against Halloween?”, the assumption being as a believer in Christ I will be against celebrating Halloween. Am I? Well please read on…

I have been introduced to Mudlarking by my dear wife. What’s that got to do with Halloween I hear you say. Well, I was never much of a history buff. I read and study the Bible and spend a lot of time considering the relationship between the Bible as a history of the Jewish people and the archaeological finds that support it. Two great books from the British History Museum have whetted my appetite for archaeology (1).

Well, this brings me back to Mudlarking on the Thames foreshore, which is the largest archaeological site in this country. You can find artefacts that stem back through history to the Roman Londinium (AD 47-50). Roman coins found in London indicate that the Romans built on the site and it was not a town previously. In AD 60 Boudica destroyed Colchester, St Albans, and London. But by AD 70 (the year Jerusalem was destroyed by the Romans) London was a thriving port. Even as very new mudlarks we have found exciting items that lead us to study the past. (See Instagram @marriedtoamudlark). So now I am more inclined to research history. 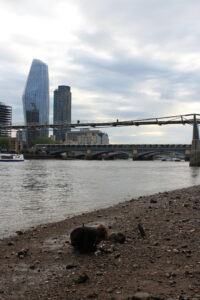 When I looked up Halloween, I discovered that many believe the Celtic festival of Samhain (summers end) is the root of the 31st October celebration now commonly known as Halloween. Marking the beginning of winter was important to agrarian societies where lack of food could mean famine, disease, or death. There are accounts of sacrifices of animals and food to appease the gods to try and ensure survival. Fortune-telling also seems to be a part of this season, in an effort to assure survival. Apples and nuts were often used for this. For example, there was a belief that if you cut the peel off an apple and threw it over your shoulder the peel would form the letter of the name of the person you would marry. This may be linked to the apple bobbing more recently associated with this festival.

On a more sinister note, a common belief across many cultures is that the souls of the dead would visit at the time of the year. Fire, torches, places at the table were all used at times to either welcome them or deter them. There are even accounts of child sacrifice occurring in Celtic times (2) although reputable historical sources for this are rare as it seems the main account is from the Roman leader Julius Cesar (3). Nowadays children dress up in ghoulish costumes at night and carry torches.

There is a long history of the Eastern Orthodox, Roman Catholic and Anglican Churches praying for the dead in the first few days of November. This type of service was sometimes called “All Hallows Eve” and this is where the name Halloween comes from.

From the 16th century, there are records of people “mumming”, dressing up in disguise and asking for food from households which may be the root of “trick or treating” by children today. Pranksters hollowed-out turnips and mangel-wurzels with grotesque faces to scare malignant spirits away. Now pumpkins are used.

It is amazing how the cultural behaviour of our ancestors is mimicked and remembered in our society today. In 1905 George Santayana is believed to have said “Those who cannot remember the past are condemned to repeat it.” Almost 3000 years ago King Solomon summed it up this way:

The LORD initiated animal and food sacrifices as a foreshadow of the sacrificial death of His Son, Jesus of Nazareth, who was raised from death to glory, the Christ, the Messiah, the saviour of the world. Through the shedding of His blood, the forgiveness of sin was made available to all who would turn from their sin to Him and accept Him as their Lord and Saviour.

Fortune-telling and child sacrifice were condemned by God as being abhorrent to him (Deuteronomy 18:10-13; Jeremiah 19:5). God knows the future and will reveal what He wants us to know through His numerous prophecies recorded in the Bible (Amos 3:7). God never rejoices over the death of a person (Ezekiel 33:11) and was totally condemnatory of child sacrifice (2 Chronicles 28:3). The 6th commandment is “You shall not murder” (Exodus 20:13). Christ came to give us life (John 1:4-5)  and to be the light of the world and to dispel darkness (John 8:12). He came to give us life through believing in Him (John 20:31).

So, with all this history in mind what do I think of Halloween? To me it seems to have a horrible (not exactly happy!) history so personally, I won’t be putting a pumpkin out.

Posted in Topical devotions
← 13 The FutureThe Grace of God →