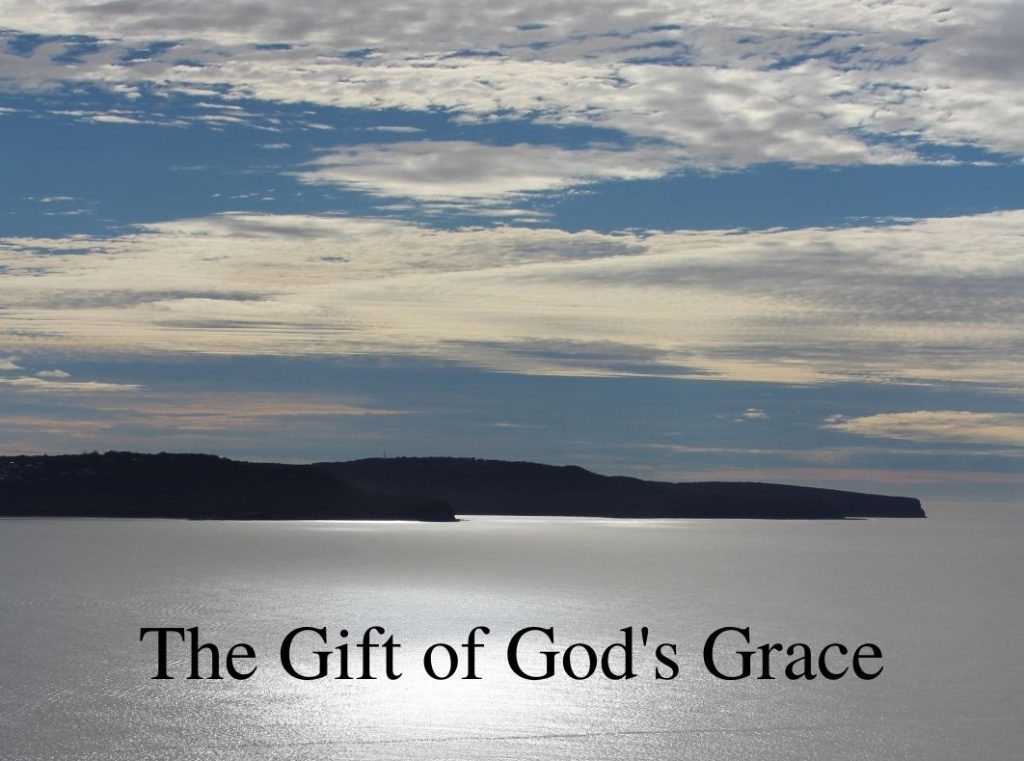 7 But grace was given to each one of us according to the measure of Christ’s gift. 8 Therefore it says, “When he ascended on high he led a host of captives, and he gave gifts to men.” 9 (In saying, “He ascended,” what does it mean but that he had also descended into the lower regions, the earth? 10 He who descended is the one who also ascended far above all the heavens, that he might fill all things.)

We need to meditate on God’s grace and try and understand it more deeply. There has been discussion and debate about the grace of God since Paul emphasised it as an important attribute of God. There are other posts that describe grace ( The Grace of God, The Gift of God’s Grace, By Grace You Have Been Saved) which I would encourage you to look at. The greatest gift God the Father gave us was Jesus Christ, and the greatest gift Jesus gave us was the Holy Spirit and our only response can be to give praise, worship and glory to God. We have been given immeasurable grace by God the Father, Son and Holy Spirit.

When God sent his Son to be born of a virgin and to dwell on earth fully as a man and as God it meant that God the Son had to descend from His heavenly glory to live on earth as a human, with all that entails. He was limited to the confines of a human body, which had to breathe, eat, sleep, and was limited to being in one place at one time. Jesus had perfect communication with His Father and the Holy Spirit but was limited in His humanity. He became tired (John 4:6) and slept (Mark 4:38), hungry (Matthew 4:2) and thirsty (John 4:7), he experienced pain and anguish and he bled (Luke 22:44). Jesus fully experienced being human and yet was God. He descended from his heavenly throne to live and breathe among humanity, amongst the stench and filth of this corrupt world.

Jesus became so vulnerable to his enemies that they were able to kill Him.

But we see him who for a little while was made lower than the angels, namely Jesus, crowned with glory and honor because of the suffering of death, so that by the grace of God he might taste death for everyone. (Hebrews 2:9)

Jesus tasted death for us to free us from the condemnation and wrath that our sin deserved, he took the death we deserved and experienced it. But God had promised that He would not let His Son be sent into eternal separation from His Father, sent to hell, or as it was known by the Jewish people “Sheol”

For you will not abandon my soul to Sheol,
or let your holy one see corruption. (Psalm 16:10)

God raised Jesus from the dead by the power of the Holy Spirit (Romans 8:11) and Jesus ascended into Heaven (Luke 24:50-53, Acts 1:9) to sit in Glory at the right hand of God the Father (Mark 16:19) to rule and reign forever (Revelation 11:15). Jesus reigns from His throne in heaven but allows the chaos on earth to continue so that those who will believe in Him might be saved (Romans 10:13). But one day soon Jesus will return again to this earth to rule and reign in righteousness (Jeremiah 23:5, Romans 5:17-21, Revelation 19:15).

“No one has ascended to heaven but He who came down from heaven, that is, the Son of Man who is in heaven. (John 3:13).

The Son of God came to this earth, was raised from the dead, ascended into heaven and will return at the hour the Father has ordained to rule as King Jesus so that He might fulfill all things (Colossians 1:16-18).