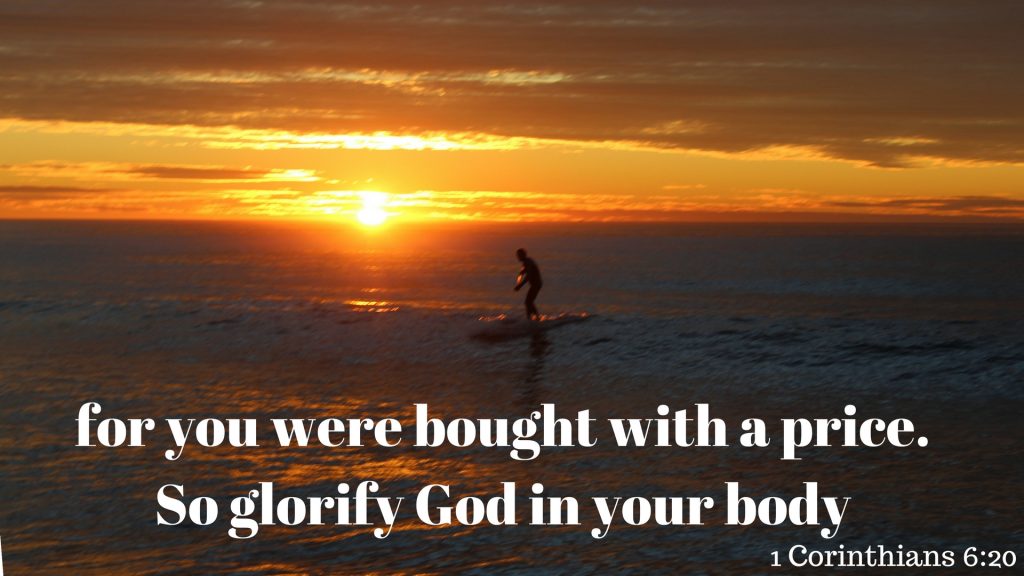 1 When one of you has a grievance against another, does he dare go to law before the unrighteous instead of the saints?
2 Or do you not know that the saints will judge the world? And if the world is to be judged by you, are you incompetent to try trivial cases?
3 Do you not know that we are to judge angels? How much more, then, matters pertaining to this life!
4 So if you have such cases, why do you lay them before those who have no standing in the church? – 1 Corinthians 6:1-4

Paul starts on another grievance: the believers’ use of secular courts to sue one another. Paul points out the folly of getting the unrighteous (the unbelieving court officials) to judge issues between believers. He also point out that we will judge angels. One suggestion concerning this is that we will be a part of judging the fallen angels. This could in part explain why Satan rebelled because he did not want to serve humans, who were far inferior but would be made his superior. Hence his desire to keep as many humans as possible from sitting in judgment on himself. This is an interesting conjecture but certainly ties in with pride and envy being the greatest of all destructive sins. Lord, please preserve us from pride and envy.

A sound heart is life to the body, But envy is rottenness to the bones. – Proverbs 14:30 (NKJV)

A man’s pride will bring him low, But the humble in spirit will retain honor. – Proverbs 29:23 (NKJV)

4 So if you have such cases, why do you lay them before those who have no standing in the church?
5 I say this to your shame. Can it be that there is no one among you wise enough to settle a dispute between the brothers,
6 but brother goes to law against brother, and that before unbelievers?
7 To have lawsuits at all with one another is already a defeat for you. Why not rather suffer wrong? Why not rather be defrauded?
8 But you yourselves wrong and defraud-even your own brothers! – 1 Corinthians 6:4-8

Paul gives further examples to build his argument. Don’t go to unbelievers, surely some among you are wise enough to deal with the matter. If you go before the secular court you are already defeated. Suffer loss and shame for Christ’s sake, die to your self:

You want justice? What is justice? That I should pay for all my sins? Yes – but God in His mercy sent Jesus to be a propitiation for my sins and redeem me from the curse of the law. Why then use the law to “kill” our brethren.

Therefore I tell you, her sins, which are many, are forgiven-for she loved much. But he who is forgiven little, loves little.” – Luke 7:47

The parable of the unforgiving servant is so relevant to this situation. We have been forgiven so much, therefore we should forgive our brethren when they do us wrong.

34 And in anger his master delivered him to the jailers, until he should pay all his debt.
35 So also my heavenly Father will do to every one of you, if you do not forgive your brother from your heart.” – Matthew 18:34-35

But our response is:

and forgive us our debts, as we also have forgiven our debtors. – Matthew 6:12

9 Or do you not know that the unrighteous will not inherit the kingdom of God? Do not be deceived: neither the sexually immoral, nor idolaters, nor adulterers, nor men who practice homosexuality,
10 nor thieves, nor the greedy, nor drunkards, nor revilers, nor swindlers will inherit the kingdom of God.
11 And such were some of you. But you were washed, you were sanctified, you were justified in the name of the Lord Jesus Christ and by the Spirit of our God. – 1 Corinthians 6:9-11

We have to treat sin with the same seriousness that God does. We quote “for the wages of sin is death” to unbelievers but think about it DEATH came because of SIN. Humans became mortal and separated from God because of sin. Satan holds humans in fear because of sin. But the good news is we were washed:

he saved us, not because of works done by us in righteousness, but according to his own mercy, by the washing of regeneration and renewal of the Holy Spirit, – Titus 3:5

that he might sanctify her, having cleansed her by the washing of water with the word, – Ephesians 5:26

And by that will we have been sanctified through the offering of the body of Jesus Christ once for all. – Hebrews 10:10

And for their sake I consecrate myself, that they also may be sanctified in truth. – John 17:19

And we were justified:

and are justified by his grace as a gift, through the redemption that is in Christ Jesus, – Romans 3:24

Therefore, since we have been justified by faith, we have peace with God through our Lord Jesus Christ. – Romans 5:1

What a blessing. What an inheritance. What a marvellous God He is. Despite our sin that caused death to come into the world God loved us so much He redeemed us.

This verse has been at source of some confusion. “All things are lawful” it is true that the law has been fulfilled in Christ but does that mean Christians can do any
thing? Jesus fulfilled the law:

Then he said to them, “These are my words that I spoke to you while I was still with you, that everything written about me in the Law of Moses and the Prophets and the Psalms must be fulfilled.” – Luke 24:44

But this verse seems to mean that Jesus fulfilled the law and the prophets through His appearing as the Messiah in the flesh. For us Paul says:

Fulfilling the law for a Christian means walking by the Spirit not by the flesh. The Pharisees saw the disciples breaking the law of the Sabbath with Jesus and were incensed.

So yes we can do anything …… that the Holy Spirit leads us to do. Not anything we ourselves want to do. If we operate in the flesh (sin) it will not be “helpful” and will lead to sin dominating us. We have been set free in Christ but freedom does not give us liberty to sin.

For freedom Christ has set us free; stand firm therefore, and do not submit again to a yoke of slavery. – Galatians 5:1

13 “Food is meant for the stomach and the stomach for food”-and God will destroy both one and the other. The body is not meant for sexual immorality, but for the Lord, and the Lord for the body.
14 And God raised the Lord and will also raise us up by his power.
15 Do you not know that your bodies are members of Christ? Shall I then take the members of Christ and make them members of a prostitute? Never!
16 Or do you not know that he who is joined to a prostitute becomes one body with her? For, as it is written, “The two will become one flesh.”
17 But he who is joined to the Lord becomes one spirit with him. – 1 Corinthians 6:13-17

To us it may seem that bringing prostitution as an issue to a church is a bit strange. But at that time temple prostitutes were a common feature in pagan religion, both female and male. The cultural “norm” was to visit a temple prostitute as an act of worship. Possibly some Corinthian church members were using their “liberty” in Christ to use these prostitutes. But we are called out of the word to be pure. Sexual appetite is not like the appetite for food. Or sexual appetite is strong but must only be satisfied within a God given marriage. The sexual act brings a spiritual bond and unity between to people: the two becoming one flesh. Our hunger for food is natural and needs to be satisfied daily. But how we do that does not affect us in the same way as what we do with our bodies in regard to sex. God has made the perfect provision for us. Marriage. He created our needs and He wants us to have the desires of our heart fulfilled, by Him.  To achieve something outside of Christ is unnecessary because all things are yours. He fulfills us completely.

18 Flee from sexual immorality. Every other sin a person commits is outside the body, but the sexually immoral person sins against his own body.
19 Or do you not know that your body is a temple of the Holy Spirit within you, whom you have from God? You are not your own,
20 for you were bought with a price. So glorify God in your body. – 1 Corinthians 6:18-20

Thank God we have been bought with the greatest price ever paid. God gave His only Son who He loved more that anything else to buy us from death and Satan’s power. God now dwells in man
through His Holy Spirit. So we must flee, run away from immorality because the Lord dwells in us. We need to take care of what does not belong to us, our bodies.
“Glorify God in your body” through praise and worship to the One who created us and has a plan for our lives, and everything thing will work out well for us.

Posted in 1 Corinthians
← For indeed Christ, our Passover, was sacrificed for us.I want you to be free from anxieties →