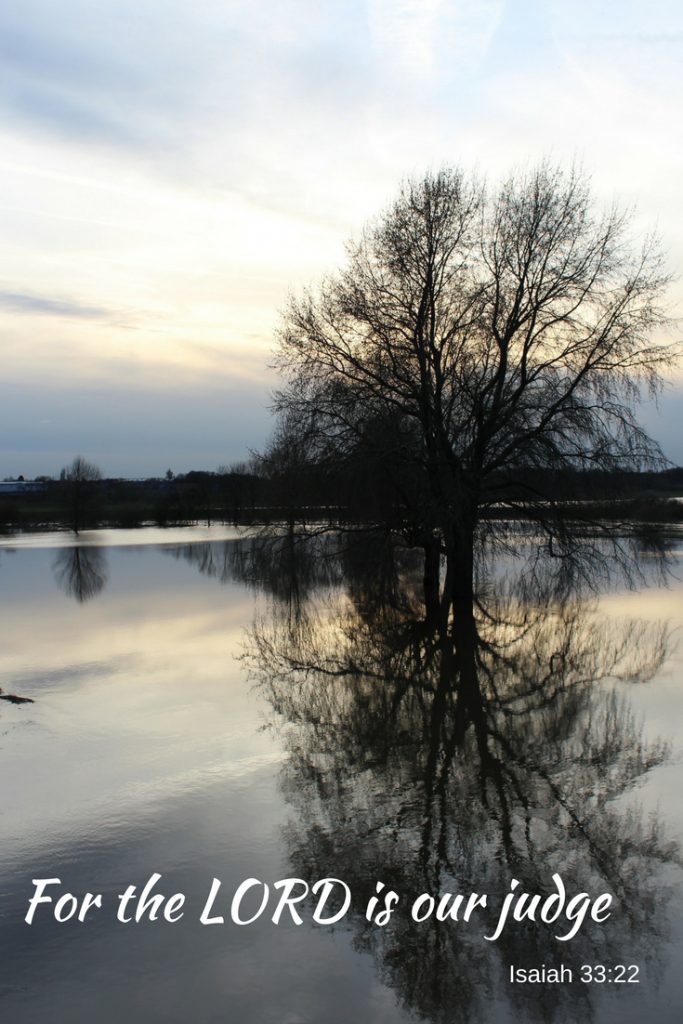 6 He will render to each one according to his works:
7 to those who by patience in well-doing seek for glory and honor and immortality, he will give eternal life;
8 but for those who are self-seeking and do not obey the truth, but obey unrighteousness, there will be wrath and fury. – Romans 2:6-8

This passage read in isolation could lead you to believe that salvation is by works, is by what we do. The principle is made evident in to Old Testament:

I said in my heart, God will judge the righteous and the wicked, for there is a time for every matter and for every work. – Ecclesiastes 3:17

Most world religions believe the good will be rewarded and the bad will be punished. That is because built into human nature is a sense of justice. We were made in the image of God (Genesis 9:6) and God is a righteous judge.

8 The LORD judges the peoples; judge me, O LORD, according to my righteousness and according to the integrity that is in me.
9 Oh, let the evil of the wicked come to an end, and may you establish the righteous- you who test the minds and hearts, O righteous God! – Psalm 7:8-9

All the evidence points towards a righteous God who will judge the people of the earth. And this is true and it will happen. The book of Revelation speaks of the coming judgment of all the dead people. We all will be judged:

And I saw the dead, great and small, standing before the throne, and books were opened. Then another book was opened, which is the book of life. And the dead were judged by what was written in the books, according to what they had done. – Revelation 20:12

But, that is the issue. It is the dead who are judged. Those who believe in Jesus Christ have moved from death to be made alive:

5 even when we were dead in our trespasses, made us alive together with Christ-by grace you have been saved-
6 and raised us up with him and seated us with him in the heavenly places in Christ Jesus, – Ephesians 2:5-6

By grace. By the undeserved, unconditional, compassion of a God who loves the world so much that he sent His Son to die for us (John 3:16) and to give us the gift of eternal life:

For the wages of sin is death, but the free gift of God is eternal life in Christ Jesus our Lord. – Romans 6:23

In Romans 2:7 those who seek for glory and honour and immortality are seeking Jesus who has all the glory, honour and power:

saying with a loud voice, “Worthy is the Lamb who was slain, to receive power and wealth and wisdom and might and honor and glory and blessing!” – Revelation 5:12

And in Him is eternal life:

And we know that the Son of God has come and has given us understanding, so that we may know him who is true; and we are in him who is true, in his Son Jesus Christ. He is the true God and eternal life. – 1 John 5:20

Those who believe in the Son of God will stand before Jesus Christ the Lord and give account of how they lived their lives:

For we must all appear before the judgment seat of Christ, so that each one may receive what is due for what he has done in the body, whether good or evil. – 2 Corinthians 5:10

and their works will be judged:

13 each one’s work will become manifest, for the Day will disclose it, because it will be revealed by fire, and the fire will test what sort of work each one has done.
14 If the work that anyone has built on the foundation survives, he will receive a reward.
15 If anyone’s work is burned up, he will suffer loss, though he himself will be saved, but only as through fire. – 1 Corinthians 3:13-15

Yes, God will judge our works, what we do on this earth. But, for those who are alive in Christ the debt we owed has been paid, our sins, failures and rebellions forgiven because of the blood of Jesus.