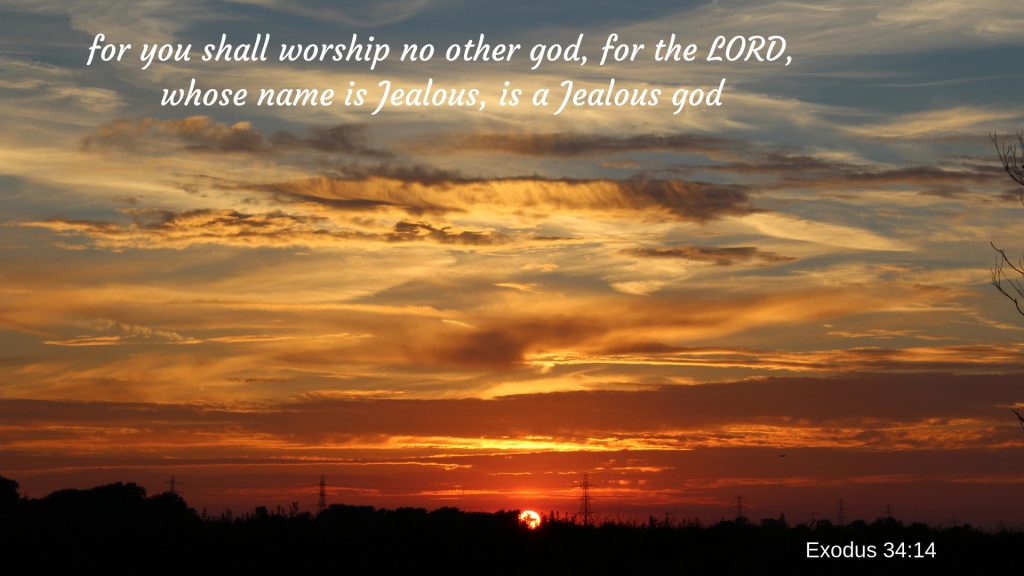 13 Now I am speaking to you Gentiles. Inasmuch then as I am an apostle to the Gentiles, I magnify my ministry
14 in order somehow to make my fellow Jews jealous, and thus save some of them.
15 For if their rejection means the reconciliation of the world, what will their acceptance mean but life from the dead?
16 If the dough offered as firstfruits is holy, so is the whole lump, and if the root is holy, so are the branches. – Romans 11:13-16

If you want to make a good loaf of bread then you need a good dough. If you want a good plant then it needs good roots. The roots of Christianity are in the history of the Jewish people. God had established a good root but they turned away from their God through unbelief. God loves the people of Israel and Paul feels that love. He wants them to turn to Jesus, repent and be saved. It may seem a strange concept to us, for Paul to suggest provoking Israel to jealousy in order to bring them back to God. But this idea has its root in the Old Testament. God is recorded as provoking His people to jealousy in Deuteronomy:

His says He will make His people jealous of a foolish nation to try and make them turn to Him again. The same principle is seen on the parable of the prodigal son. When the foolish younger son returns from his wayward life and gets the forgiveness of the father the older son who stayed at home becomes jealous. He resents his brother. But the father says:

The father wanted his older son to rejoice that his younger brother had been returned to the home, had repented and been saved. The older brother was relying on his own good behaviour and thought he deserved to have a party and a feast. But the father was looking for a heart of humility and an attitude of celebration, over the salvation of the younger brother.

So, Paul is suggesting the Children of Israel (the older brother) will be made jealous by the church (the younger brother) and through that jealousy will begin to understand their own heart. That they to will repent and be saved.

1 In those days John the Baptist came preaching in the wilderness of Judea,
2 “Repent, for the kingdom of heaven is at hand.” – Matthew 3:1-2

14 Now after John was arrested, Jesus came into Galilee, proclaiming the gospel of God,
15 and saying, “The time is fulfilled, and the kingdom of God is at hand; repent and believe in the gospel.” – Mark 1:14-15

God is jealous over us. He created us to love Him and no other god. He wants us to be set aside for Him, Holy and for the Masters use:

for you shall worship no other god, for the LORD, whose name is Jealous, is a Jealous god – Exodus 34:14

Posted in Romans
← The proud one shall stumble and fallSo do not become proud, but fear the Lord →