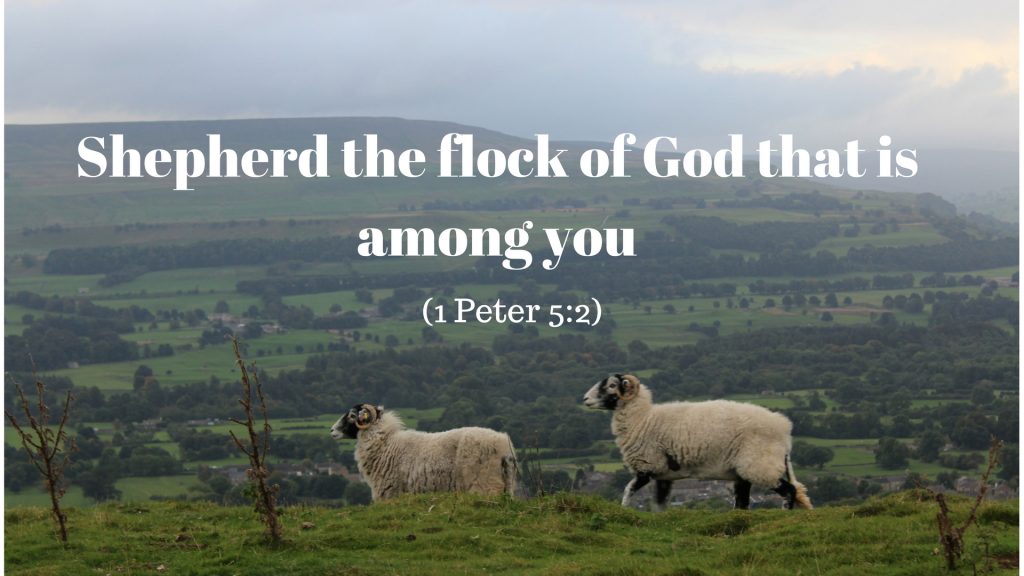 1 So I exhort the elders among you, as a fellow elder and a witness of the sufferings of Christ, as well as a partaker in the glory that is going to be revealed:
2 shepherd the flock of God that is among you, exercising oversight, not under compulsion, but willingly, as God would have you; not for shameful gain, but eagerly;
3 not domineering over those in your charge, but being examples to the flock.
4 And when the chief Shepherd appears, you will receive the unfading crown of glory.
5 Likewise, you who are younger, be subject to the elders. Clothe yourselves, all of you, with humility toward one another, for “God opposes the proud but gives grace to the humble.” – 1 Peter 5:1-5

He has shown you, O man, what is good; And what does the LORD require of you But to do justly, To love mercy, And to walk humbly with your God? – Micah 6:8

Brothers, if anyone is caught in any transgression, you who are spiritual should restore him in a spirit of gentleness. Keep watch on yourself, lest you too be tempted. Bear one another’s burdens, and so fulfill the law of Christ. For if anyone thinks he is something, when he is nothing, he deceives himself. But let each one test his own work, and then his reason to boast will be in himself alone and not in his neighbor. For each will have to bear his own load. Let the one who is taught the word share all good things with the one who teaches. Do not be deceived: God is not mocked, for whatever one sows, that will he also reap. – Galatians 6:1-7

So Naaman came with his horses and chariots and stood at the door of Elisha’s house. And Elisha sent a messenger to him, saying, “Go and wash in the Jordan seven times, and your flesh shall be restored, and you shall be clean.” But Naaman was angry and went away, saying, “Behold, I thought that he would surely come out to me and stand and call upon the name of the LORD his God, and wave his hand over the place and cure the leper. Are not Abana and Pharpar, the rivers of Damascus, better than all the waters of Israel? Could I not wash in them and be clean?” So he turned and went away in a rage. – 2 Kings 5:9-12

Those who have a leadership role in the church should shepherd the flock with humility, willingly, eagerly and being examples for others to follow. If any among the flock is at fault then the heart of God is to restore that person. Paul in the letter to the Galatians speaks about restoring a person in a spirit of gentleness. We all need to be aware that we can fall ourselves at any time. We do not need to domineering over others but to come along side sharing the word of God, to help restore anyone who has been led astray. Peter tells us to be clothed in humility, because God resists the proud but gives grace to the humble. Naaman was a proud man and God allowed him to contract leprosy. God led Elisha to give Naaman the message to go and wash in the Jordan River seven times. Naaman reacted in pride complaining that Elisha did not even come to see him and preform a miracle over him. But Elisha knew the heart of the Lord and was obedient to his command. He acted as a Shepard desiring to restore a lost sheep. Naaman eventually humbled himself and through his obedience he was healed. Naaman was restored as Elisha walked humbly before God not flaunting his gift as a miracle worker but being obedient. We are encouraged to bear one another’s burdens and so fulfill the law of Christ, the number one commandment: to love our God with all our heart and love our neighbors as ourselves.

If you want to know more about how to enter a relationship with God, how to be forgiven of your sins and how to become a Christian please take a look at the Gospel section above or get in touch with me through the contact me page.

Posted in Topical devotions
← Faith comes by hearing, and hearing by the word of God.Humble yourselves, therefore, under the mighty hand of God →