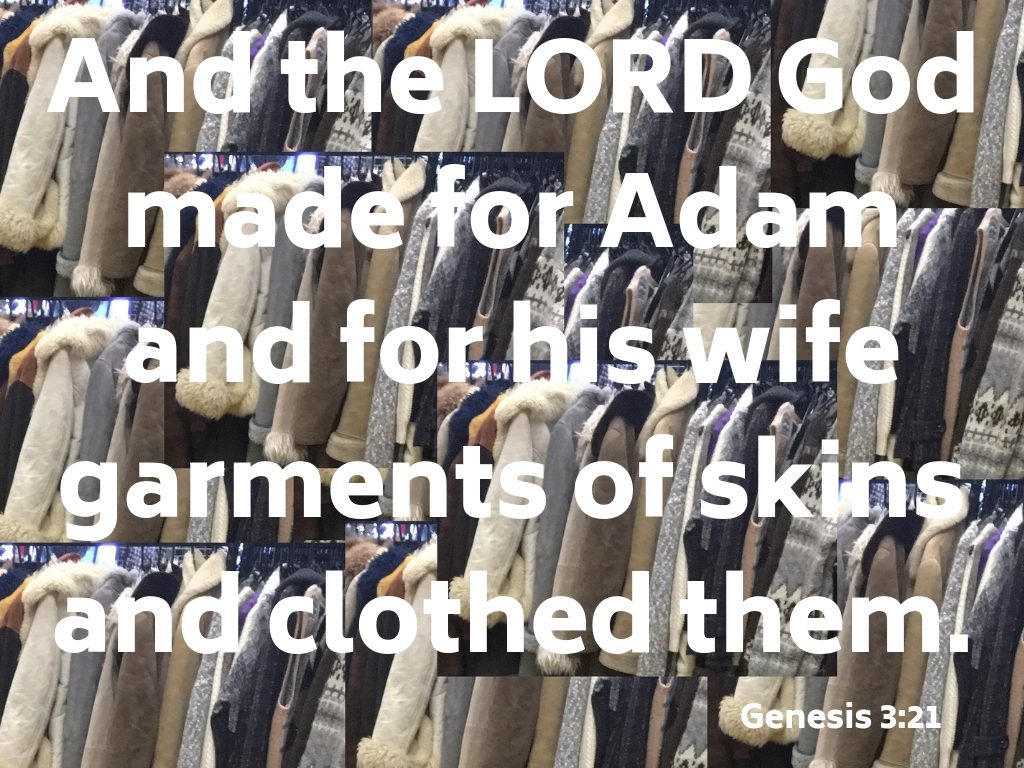 “Put on the Lord Jesus Christ”. To us that may seem a strange phrase. The Greek word Paul uses is endyō which means to put clothes on or sink into clothing and the tense gives the sense of  immediately. So he is saying get dressed now in Christ. So how do we put on Christ. Well, why do we have clothes? The original purpose was to cover our shame. When Adam and Eve sinned their eyes were opened:

Then the eyes of both were opened, and they knew that they were naked. And they sewed fig leaves together and made themselves loincloths. – Genesis 3:7

They became self-conscious instead of God-conscious. They became aware of their nakedness, their vulnerability, their danger, lack of protection and they felt unsafe. But God made a provision for them.

And the LORD God made for Adam and for his wife garments of skins and clothed them. – Genesis 3:21

They put on the protection, the covering, that God provided.

That is what we need to do. To put on the protection of Christ. To sink into His very nature. To become immersed in Him so that when the angelic beings look on us they see us in Christ. It may not be quite so clear in this world but as we are hidden in the body of Christ meditating on the word of God, being led by the Spirit of God other’s will see the difference. Clothes give others information about who we are and what we are like. You recognise the rich, the powerful, those in authority, different cultures, genders, ages but the clothes they ware. So we as Christians will be recognised as having “been with Jesus” (Acts 4:13) by our appearance.