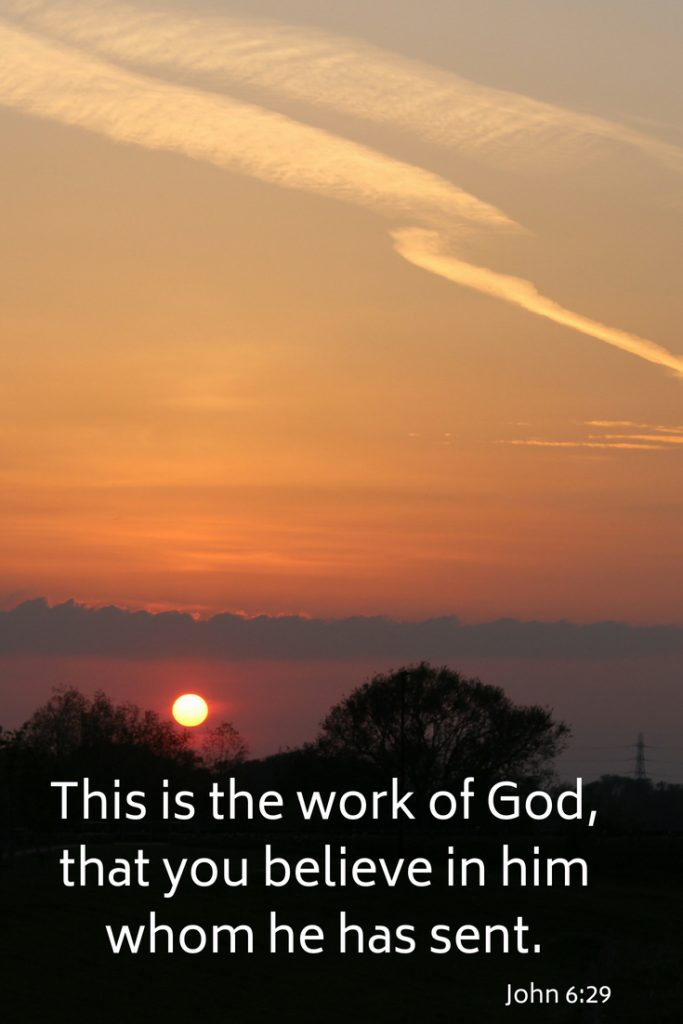 4 Now to the one who works, his wages are not counted as a gift but as his due.
5 And to the one who does not work but believes in him who justifies the ungodly, his faith is counted as righteousness, – Romans 4:4-5

God has given us an inbuilt sense of justice. In one of His parables Jesus told of workers who were offered a wage for a days work (Matthew 20:1). Others joined at various points during the day up to the last hour. But, when it came to pay time in the evening they all got the same wage. The workers who had worked all day felt this was not fair and responded like this:

11 And on receiving it they grumbled at the master of the house,
12 saying, ‘These last worked only one hour, and you have made them equal to us who have borne the burden of the day and the scorching heat.’
13 But he replied to one of them, ‘Friend, I am doing you no wrong. Did you not agree with me for a denarius?
14 Take what belongs to you and go. I choose to give to this last worker as I give to you.
15 Am I not allowed to do what I choose with what belongs to me? Or do you begrudge my generosity?’
16 So the last will be first, and the first last.” – Matthew 20:11-16

Wages are due to a person who works and at the time of Jesus a denarius was equivalent to a days wage. We now have a minimum wage set by the Government to try to prevent exploitation because we recognise that a person who works is due a fair wage.

Paul uses this example – that if we work the wages we get are what we are owed, not a gift. In the parable Jesus revealed that the master was being generous to some of the workers as he had a right to be if he choose but he was not shorting those who worked all day. Those who worked all day got the wage they were due.

But, salvation can not be earned. Our work is to believe in Jesus Christ:

Jesus answered them, “This is the work of God, that you believe in him whom he has sent.” – John 6:29

This work does not have a wage but by grace we are justified through believing in Jesus. We are given something we do not deserve. Because of the generous, kind, loving, forgiving, nature of God that is summed up in His nature of grace. He has every right to be generous if He chooses and does choose to bless those who believe in Him and are obedient to His word.

What ever we do for the Lord there is no wage offered just His unbounded grace and loving-kindness towards us through Jesus, that in Him we should be made righteous:

For our sake he made him to be sin who knew no sin, so that in him we might become the righteousness of God. – 2 Corinthians 5:21

and be found in him, not having a righteousness of my own that comes from the law, but that which comes through faith in Christ, the righteousness from God that depends on faith- – Philippians 3:9

Posted in Romans
← Nothing to Boast AboutBlessed – Washed Clean from Sin →