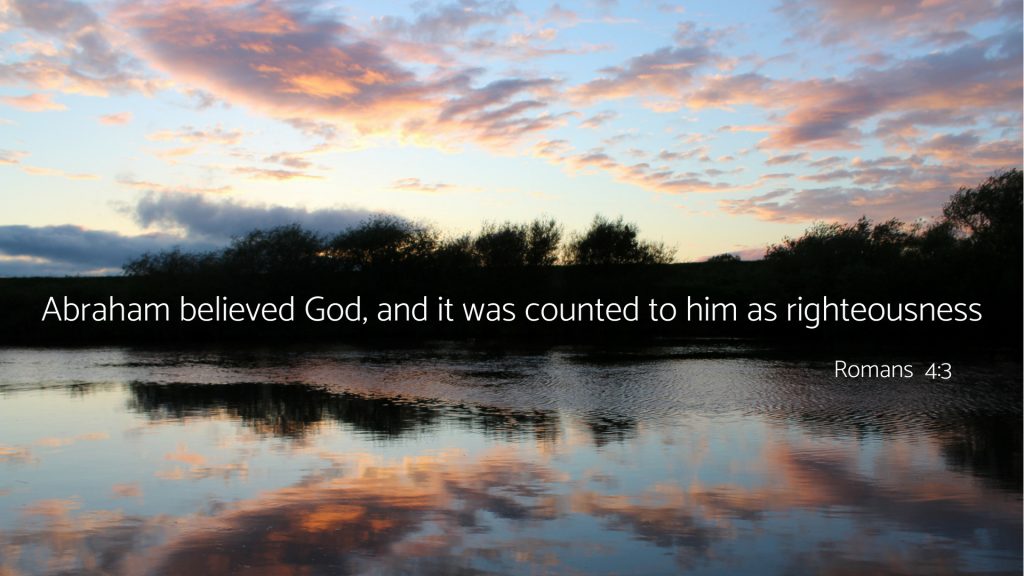 1 What then shall we say was gained by Abraham, our forefather according to the flesh?
2 For if Abraham was justified by works, he has something to boast about, but not before God.
3 For what does the Scripture say? “Abraham believed God, and it was counted to him as righteousness.” – Romans 4:1-3

Paul is asking what did Abraham have to boast about? Was it something he did that made God choose him? No. He was chosen by God to be an instrument in God’s plan of salvation, for Israel and for the whole of mankind. Abraham did not do any good works, in fact his father was an idolater. He was living in a pagan country. That is why God called him to leave.

1 Now the LORD said to Abram, “Go from your country and your kindred and your father’s house to the land that I will show you.
2 And I will make of you a great nation, and I will bless you and make your name great, so that you will be a blessing. – Genesis 12:1-2

It was God who called him and God who promised he would be made a great nation. However even when Abraham believed God he still did things to try to make God’s plan work which had difficult consequences. For example pretending his wife was his sister (twice – Genesis 12:13 and Genesis 29:2) and also having a child with his wife’s servant Hagar (Genesis 16:4). Abraham was chosen by God’s grace. He had nothing to boast about. But he did believe God. He heard the word of the Lord recognised it for what it was – the word of God – and he chose to believe it. That is what made him remarkable. That is what made him righteous before a holy God. He lived by faith in the promises of God. That is what we are called to do. The walk of a Christian is to hear what the Holy Spirit is saying to us and to obey. To submit to the word of God that is revealed to us. To live in humility before God and do His will. Easy? No. We have a natural tendency to rebel and disobey and to do what we want. That is why we need to give up our lives:

We know that our old self was crucified with him in order that the body of sin might be brought to nothing, so that we would no longer be enslaved to sin. – Romans 6:6

24 And those who belong to Christ Jesus have crucified the flesh with its passions and desires.
25 If we live by the Spirit, let us also keep in step with the Spirit. – Galatians 5:24-25