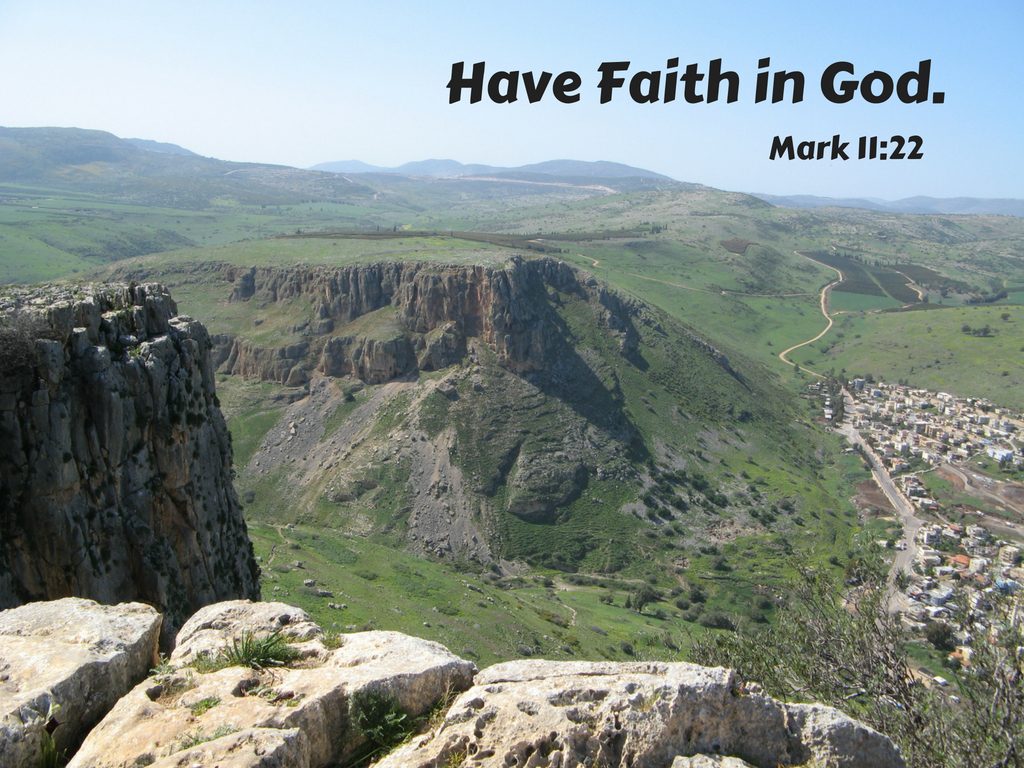 16 But they have not all obeyed the gospel. For Isaiah says, “Lord, who has believed what he has heard from us?”
17 So faith comes from hearing, and hearing through the word of Christ. – Romans 10:16-17

What is faith? It certainly is not believing blindly. For example you can believe that you will win the lottery this week. But there is absolutely no evidence that it will happen. No, faith has to have something substantial to believe in. For the Christian that something is the promises of God revealed to us in the word of God, the bible. We can believe the promises of God because there is evidence that He has kept His promises in the past. God told Abraham he would have a son (when Sarah was beyond childbearing age) and they had Issac (Genesis 17:19). God promised the Israelite’s that they would be set free from Egypt and Moses led them out (Exodus 12:42). Jesus promised He would be raised from the dead and He was (John 20:16). These are just three examples of the endless records we have in the bible of God fulfilling His promises. Faith is how we respond to God, how we respond to His call or His command.

Here Paul mentions that people do not obey the gospel. The word “obey” can be translated listen to a command or to respond like someone answering a knock on the door. Jesus preached about the Kingdom of God but many did not believe and rejected His message. They did not respond. And the same is true today as we share the gospel many do not respond.

When we respond to God He reveals Himself to us. A beautiful example is the response of Mary when she was told by an angel that she would have a child even though she was a virgin. After questioning how it could possibly happen and being told the Holy Spirit would come upon her in power and God would overshadow her she believed and her response was:

And Mary said, “Behold, I am the servant of the Lord; let it be to me according to your word.” And the angel departed from her. – Luke 1:38

Let it be to me as your word says. She believed the word of God given to her by the angel Gabriel. She believed what God said was to be true no matter how much it did not make sense to her.  And, God fulfilled His promise, Mary became the mother of Jesus.

knowing that he who raised the Lord Jesus will raise us also with Jesus and bring us with you into his presence. – 2 Corinthians 4:14

So we respond in faith and believe without a shadow of a doubt that when we die we will be raised from the dead just as Jesus was.

That is the message of the gospel that we are to share with the lost world because true faith only comes by hearing the word of God. By believing in the one He sent – Jesus Christ our Lord.