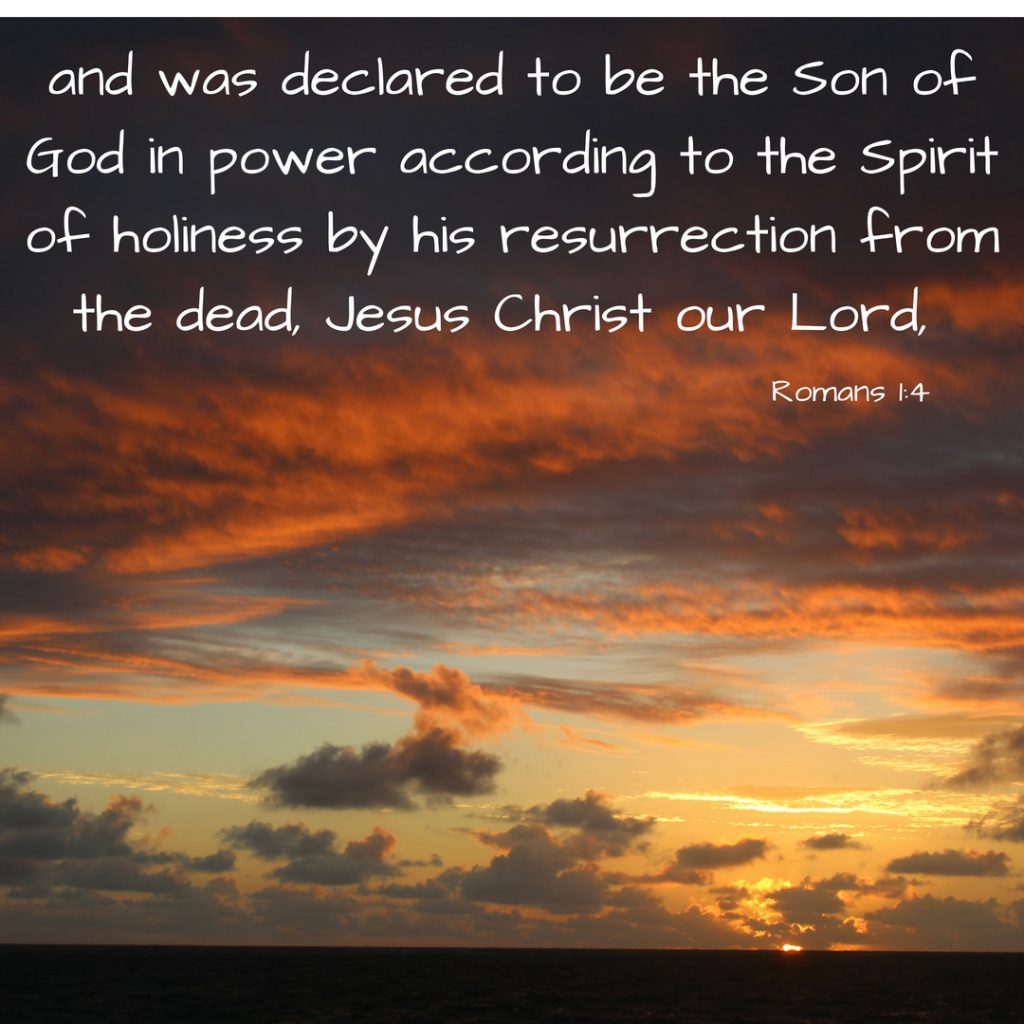 and was declared to be the Son of God in power according to the Spirit of holiness by his resurrection from the dead, Jesus Christ our Lord, – Romans 1:4

Paul has declared that he has been set apart for the gospel of God. The use of the word gospel, or “good news” has roots in the Old Testament:

In the letter to the Romans Paul frequently repeats the theme that the gospel is from God. Only He can provide the good news in Jesus. So here we see that Jesus was declared to be the Son of God. How? By being raised from the dead through the power of the Spirit of holiness. The gospel is about God’s son. Predicted in the Old Testament as the coming Messiah and King (Paslm 2:7). Jesus has a unique relationship with His Father. Paul describes how Jesus had two natures he was born in the flesh as a descendant of David and had the power of the Spirit of holiness. Human but divine. Greek mythology was full of gods who interfered in the lives of humans but here we have the living God entering the world in a frail human body to do the work of salvation. To give Himself freely as the sacrafice for sin and be raised from the dead as proof that God accepted that sacrafice and has conquered sin and death.

3 For God has done what the law, weakened by the flesh, could not do. By sending his own Son in the likeness of sinful flesh and for sin, he condemned sin in the flesh,
4 in order that the righteous requirement of the law might be fulfilled in us, who walk not according to the flesh but according to the Spirit. – Romans 8:3-4

What does it mean to me that Jesus was the Son of God? As a child I had a friend who was the son of a millionaire involved in show business. What it meant to me was I was able to share the privileges of the son, of going to see shows in London free.  With Jesus we share all His privileges of being the Son of God. We are able to call God our Father and receive all the benefits of that intimate relationship with the creator of the world. That is the most amazing gift ever, truly the good news. All made possible through the Lord Jesus Christ being raised from the dead.