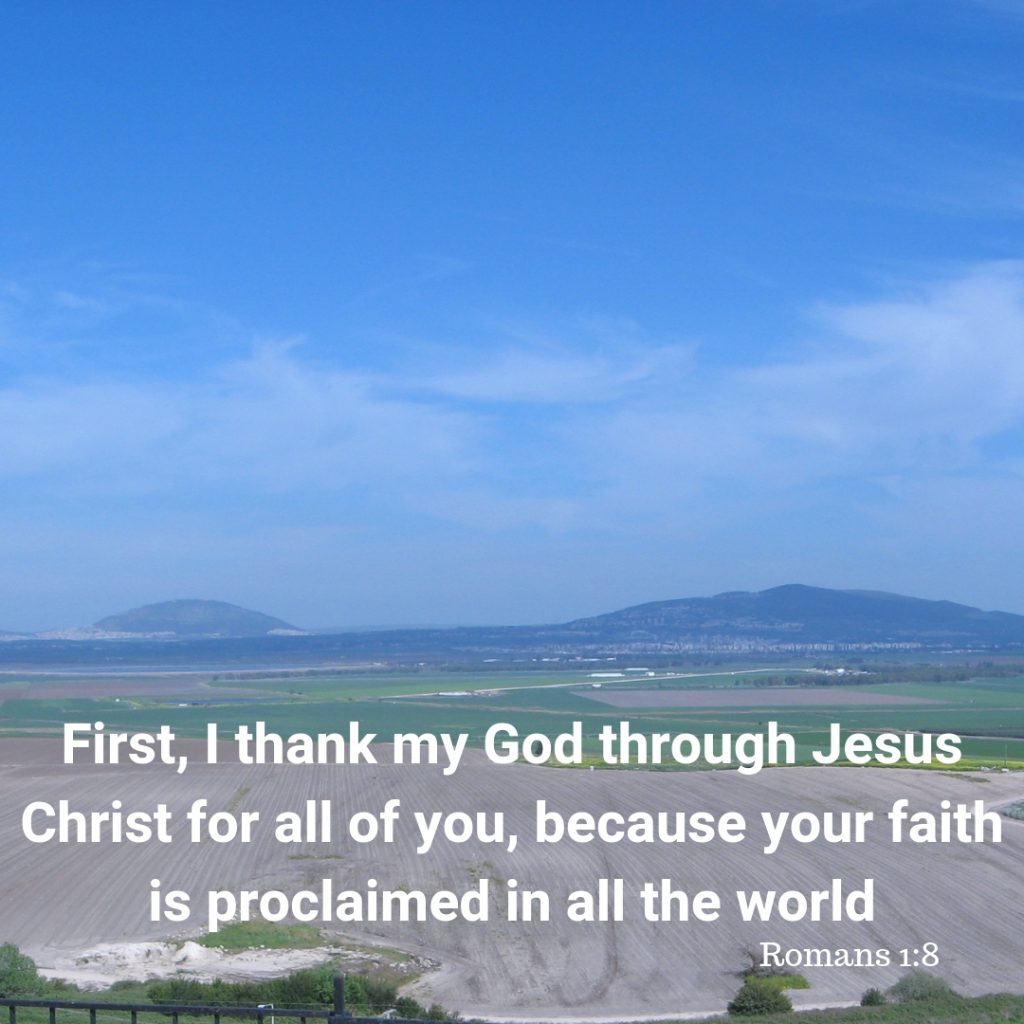 8 First, I thank my God through Jesus Christ for all of you, because your faith is proclaimed in all the world.
9 For God is my witness, whom I serve with my spirit in the gospel of his Son, that without ceasing I mention you
10 always in my prayers, asking that somehow by God’s will I may now at last succeed in coming to you. – Romans 1:8-10

The Church at Rome were in a unique position to influence the whole of the known world at the time. Rome was the dominant government and had introduced a common language and greatly improved the road system around the north and east coast of the Mediterranean. But the church in Rome was highly persecuted, maligned and blamed by the political hierarchy for ills that faced society. So the Roman church grew strong and their faith was proclaimed in all the world. Paul loved this church although he had not been able to got to see them yet. He prayed for them. He was an intercessor on their behalf. He cared for them from a distance and got to know about the people in the church. At the end of this letter we see a long list of the names that Paul is familiar with because he prayed for them and was attentive to the news that came from Rome. He always wanted to visit them but is was not until he was arrested and taken to speak before Caesar that he actually got to Rome. He had plans but the Lord directed his steps:

The heart of man plans his way, but the LORD establishes his steps.  – Proverbs 16:9

Paul was a man of prayer. He valued the close relationship with God, that was made possible through communing with God. He identified with others, standing in the gap and being a faithful watchman:

“Son of man, I have made you a watchman for the house of Israel. Whenever you hear a word from my mouth, you shall give them warning from me. – Ezekiel 3:17

But if the watchman sees the sword coming and does not blow the trumpet, so that the people are not warned, and the sword comes and takes any one of them, that person is taken away in his iniquity, but his blood I will require at the watchman’s hand. – Ezekiel 33:6

We have a responsibility to proclaim the good news (Matthew 28:19).  Just as the Roman church was faithful and their testimony was proclaimed across the world so as we as we are faithful others will come to know that He lives. As we “serve with the Spirit in the gospel of His Son”.

Posted in Romans
← Loved by God.I long to see you. →