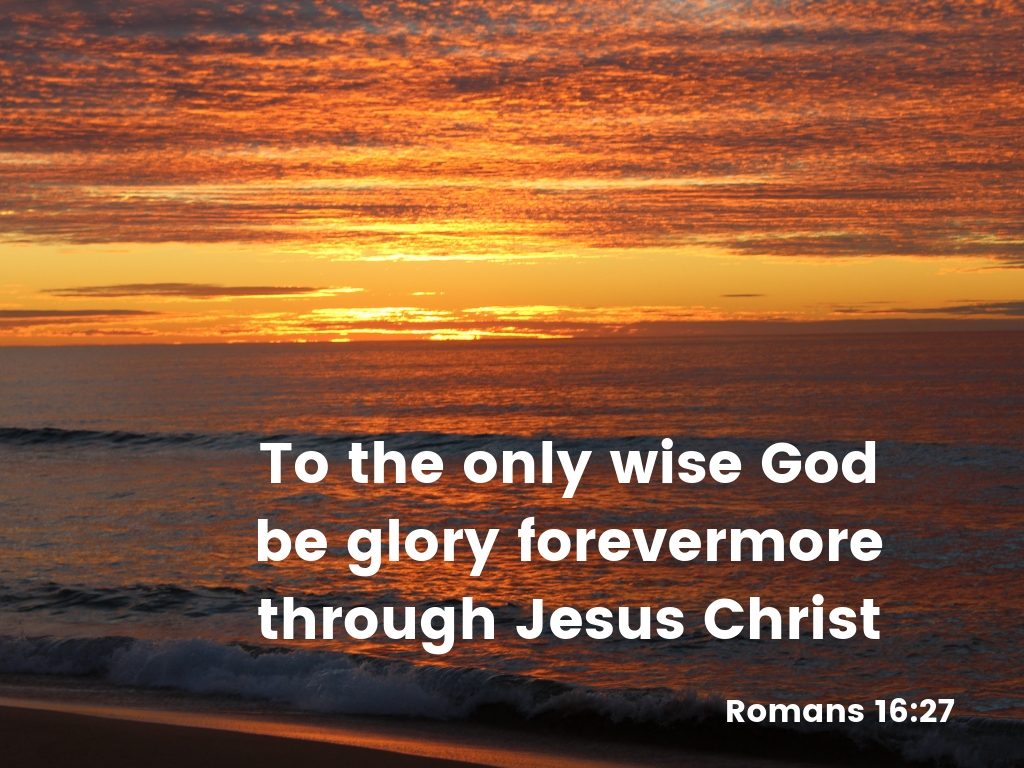 25 Now to him who is able to strengthen you according to my gospel and the preaching of Jesus Christ, according to the revelation of the mystery that was kept secret for long ages
26 but has now been disclosed and through the prophetic writings has been made known to all nations, according to the command of the eternal God, to bring about the obedience of faith—
27 to the only wise God be glory forevermore through Jesus Christ! Amen. – Romans 16:25-27

This section is known as a doxology (from latin words doxa meaning glory/splendor and logos meaning word/speaking). It is a form of giving praise in a short statement. In some Churches there is a formal doxology that is spoken or sung at the end of a service.

The following doxologies are commonly used:

“Glory be to the Father, and to the Son, and to the Holy Ghost. As it was in the beginning, is now and ever shall be, world without end. Amen.”

“Praise God from Whom All Blessings Flow,”

Paul is giving praise to God who is able to strengthen us. When God reveals the truth of the gospel and the Kingdom of God we are revived, enlivened and strengthened through being born again.  Also we receive the Holy Spirit who brings us to life in our spirit so we can have a relationship with God.

The mystery that was hidden through the ages is revealed to us by the Holy Spirit. The Old Testament pointed to the coming Messiah. When Jesus died and rose from the dead the full plan of God was revealed on earth. That plan was redemption for fallen man through the death of the Son of God on the cross. So, His blood was shed for us so that all who believe on Him might be forgiven. The prophetic writings foretold of the coming saviour. Jesus has brought about the obedience of faith. For all this we give God the glory forevermore.

Here Paul ends his letter to the Roman Church with giving God the glory. That is the greatest thing anyone of us can do for to Him all glory and honour is due.