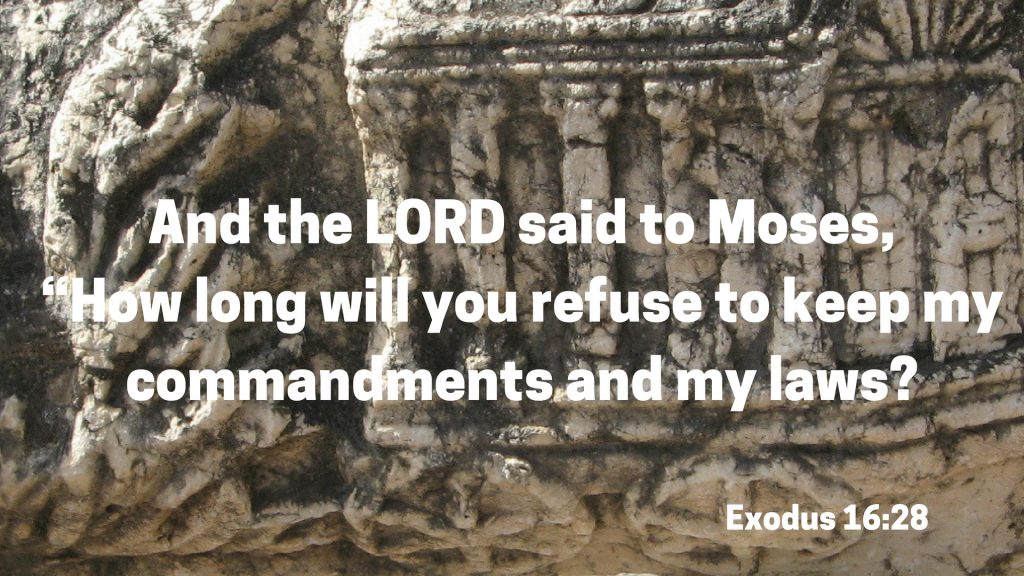 The illustration of marriage emphasises that the law has limitations on us while we are alive on this earth. What is the law? The Dictionary definition goes like this: System of rules that govern and regulate people within a society which can be enforced with the imposition of penalties. From a divine perspective it goes a bit further – the law being the word of God. Without the authority of God there would be no moral absolutes. If society made up the rules they would differ form place to place, which is exactly what we find in the laws of each country. But God is the absolute definition of holiness, goodness, fairness, justice and righteous. When He gave us the law, the Ten Commandments established in writing the central tenants of the law. It was concerned with the heart of man. The inward moral absolutes the enable us to have a compass that points towards the best moral behaviour:

The law was given for us to have a way to be obedient to God:

7 Then he took the Book of the Covenant and read it in the hearing of the people. And they said, “All that the LORD has spoken we will do, and we will be obedient.”
8 And Moses took the blood and threw it on the people and said, “Behold the blood of the covenant that the LORD has made with you in accordance with all these words.” – Exodus 24:7-8

But the argument that Paul will develop in this chapter is that the law did not make us righteous but revealed our unrighteousness.  Our disobedience to the commandments of God had consequences:

7 And this occurred because the people of Israel had sinned against the LORD their God, who had brought them up out of the land of Egypt from under the hand of Pharaoh king of Egypt, and had feared other gods
8 and walked in the customs of the nations whom the LORD drove out before the people of Israel, and in the customs that the kings of Israel had practiced. – 2 Kings 17:7-8

Posted in Romans
← God’s Perspective of SinReleased from the law. →